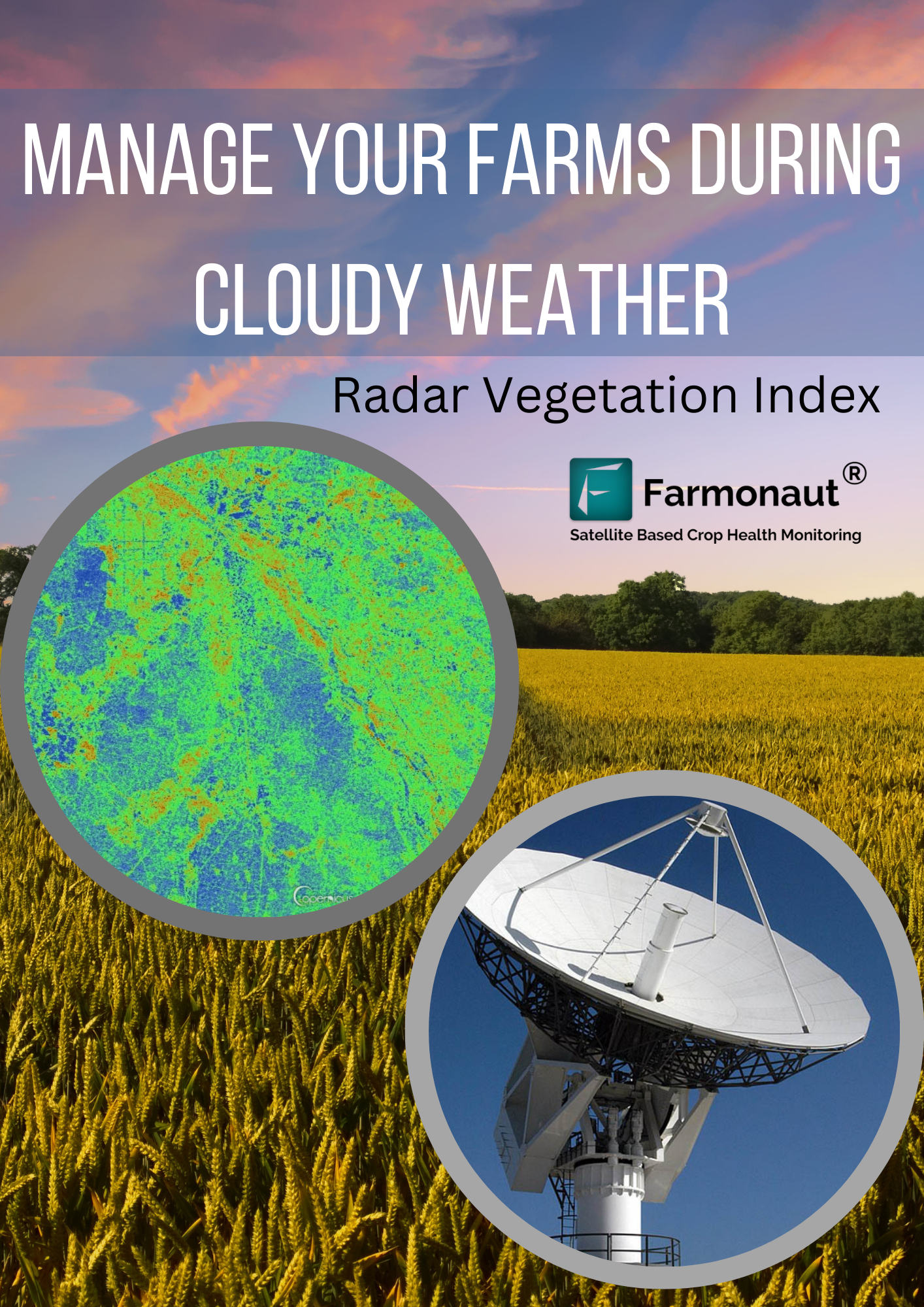 Radar data is obtained by a detection system with the use of radio waves which helps in determination of some parameters such as altitude, height, etc. Radar vegetation Index is used in agriculture for knowing the condition of the vegetation by measuring the linear scattering intensities. The radar data are obtained by the usage of Synthetic Aperture Radar. RVI can also be known as the alternative to NDVI (Normalized Difference Vegetation Index).

Different satellite data has been collected for knowing crop health, soil health and irrigation. Obtaining data through satellite can cause issues during cloud cover. Cloud cover specially occurring in monsoon season makes it infeasible to collect data of crop health during the satellite visit.

“To deal with the cloud cover and to solve the issues faced in collecting data through satellite during cloudy weather, Farmonaut provides Radar Vegetation index in time series analysis.”

Not compromising on the data and to overcome the inconvenience caused by cloud cover to capture the data, Farmonaut has introduced RVI which helps get crop health data during the cloud cover. The data obtained can be visualized in the time series by selecting the date on which farmers need the data. The Radar data recorded assure that during any condition the crop health data would be provided to the farmers.

Step 2: Select the farm you want the data for.

Step 3: When there is cloudy weather, Go to Radar Vegetation Index in the Controls. 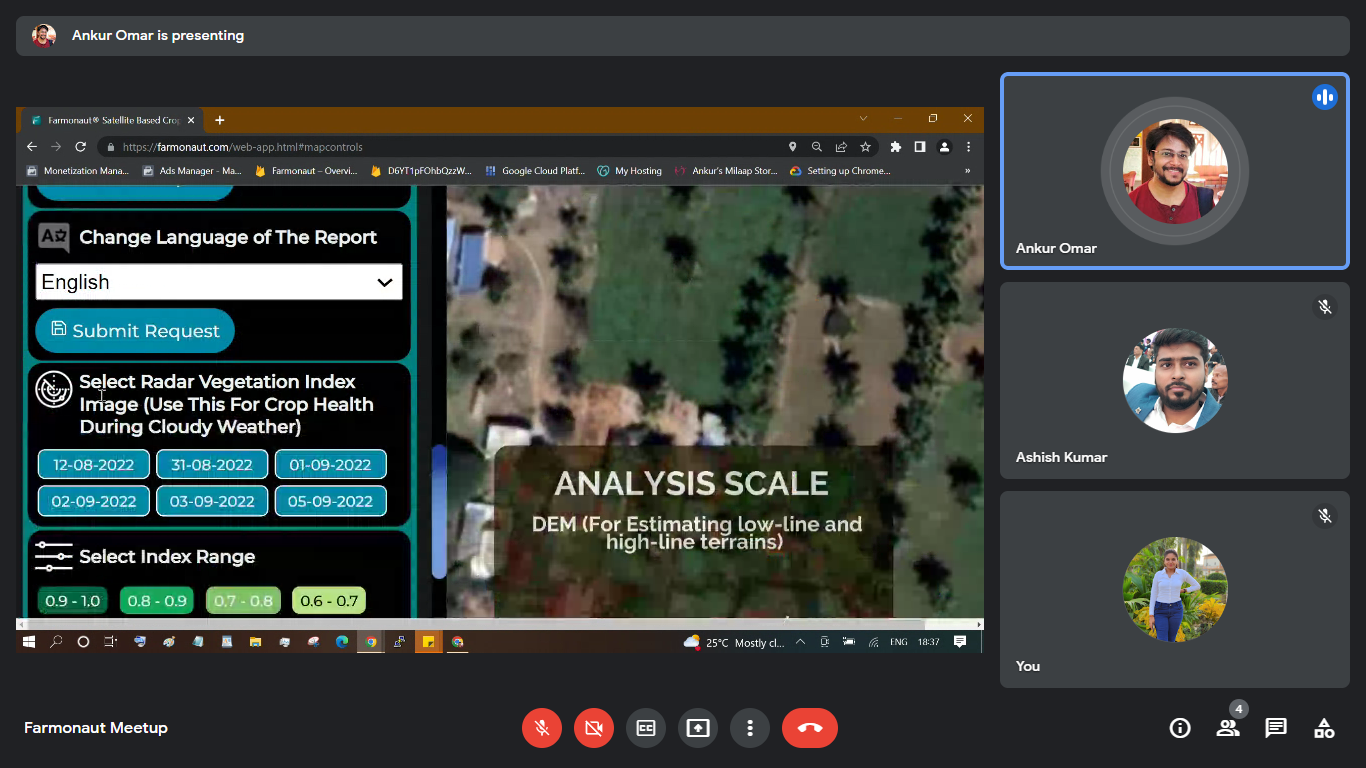 Step 4: Select the date for which you want to visualize the data.